An expat tells about housing in Amsterdam 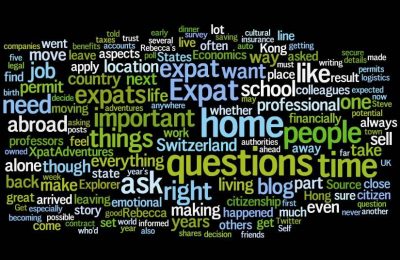 “A year and a half ago we moved to Amsterdam and rented an apartment in the Pijp. The owner of the apartment lives in New Zealand so we never met him but he was using a housing agency to take care of his apartment.

The apartment was not renovated at all when we rented it, but it was big and in a good location and the owner agreed for us having 2 dogs, which is not trivial to find.

I also have to mention that the rent price was very high (especially for a not renovated apartment) but because of our dogs we didn’t have much choice as we had to find an apartment. Later on during the year, when comparing to other apartment we realized how high the rent was.

On the day of the signature, we transferred a deposit for 2 months of rent.

Every month we payed the rent few days in advance, because we didn’t want to take any chance the transfer of the money to NZ will be delayed and the owner won’t receive the rent on time.

During the year we needed to contact the owner for some fixes or questions about the apartment but we never got any reply from him and just ended up fixing small things on our own.

The contract  said that if we want to leave the apartment we need to notify 3 months in advance, which after consultation we understood is not according to the law.

We still notified the owner more than a month earlier. Then the owner replied for the first time. A representative from the housing agency came to check the apartment and explain about the check out process.

During the apartment check he provided us with a standard check out list that included: clean the carpets, clean the apartment professionally, wash the curtains, return everything to its original place.

During our last month in the apartment we were also very responsive to the housing agency and we were showing the apartment to potential renters, sometimes even several times per day.

We also agreed to leave the apartment 2 days before our contract actually ends because the official end day of the contract was New Years eve and the housing agency didn’t work on that day.

The next day we had a check out appointment with the housing agent and he signed off that everything is ok.

He mentioned in the report that the apartment should be renovated but that was not as a result of any damage we caused, but because the apartment wasn’t renovated already for a while. He took many pictures of the apartment and we compared the pictures before / after to make sure everything is in place.

The housing agency told us to contact the owner directly and just call him. We’ve been trying to call the owner (during NZ timezone) but there was no answer and he also didn’t reply to our voice messages we left him.

On February 10th, after not hearing anything from the owner yet, I posted a message on Wijksteunpunten Wonen page on Facebook and started talking with Gert Jan Bakker.

I shared our story with him and was looking for an advice. Mr. Bakker emailed the owner and the housing agency and only on February 23rd we heard anything from the owner for the first time.

It seemed that the only reason the owner bothered to answer was because he received an official email from Mr. Bakker.

The owner was claiming that the apartment was not cleaned sufficiently and that he lost months of rent because of us. He was even claiming that he had to clean a carpet that we never even used – the moment we moved in we stored the carpet in the storage room and we took out the carpet from the storage room together with the housing agent, so he saw himself the carpet wasn’t in use and was completely clean.”